Unless you live in Seattle, you probably are not familiar with The Stranger, a weekly newspaper in the state of Washington. I just found out about it as I was doing some fresh research on my prior blog on geniuses. I was surprised that the paper was founded by Tim Keck, one of the satirical geniuses behind The Onion. More than that, this small newspaper won a Pulitizer Prize in 2012.

What brought me to The Stranger’s website, SLOG, was the imminent awards they are about to make in terms of creating a list of artistic geniuses. See their 05 June announcement regarding the finalists for this award and how they plan to feature them this year. Here’s how they explain the legacy of this award, now in its 11th year:

It’s hard not to like a publication, or a city, that celebrates genius — even if it is restricted, in this sense, to the arts. Reading about their finalists for 2013 made me recall the comment I made in an earlier post:

Developing opportunity foresense is as much a function of individual mindset (and collective mindset, or culture) as it is of extrinsic incentives like bonuses, which are all too often the preferred tools of leaders trying to jump-start growth and competitiveness — usually in the short run (this quarter, this half, or this year). Building entrepreneurial mindedness takes time and largely “comes from within” and therefore must be enabled by organisations and their leaders by building and sustaining the contextual (and intrinsic) incentives that are both affective and can be lasting.

The point I aimed to make my first post on this subject was that motivation is key to someone (or some firm) stiving to be a genius in terms of shaping the future. The point I stress here is that Seattle and The Stranger seem to be modelling the behaviour of celebrating the quest of being a genius. And while geniuses are, by definition, a cut above, what’s happening this summer in Seattle is an open invitation to its citizens to take note of its artistic geniuses and then to join them. As the publication notes: 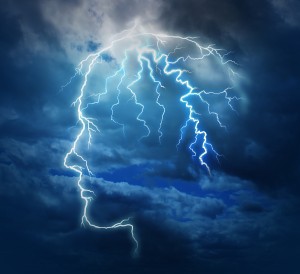 With the 2013 Genius Awards, we want to throw open conversations, fire up debates, and celebrate each of the art forms in question—along with all of the finalists—all summer long. To that end, please join us for FIVE NIGHTS OF GENIUS at the Frye Art Museum: a series of conversations with every single one of the finalists talking about their work, held over the course of five consecutive Wednesdays (July 24–Aug 21). Get your tickets now at strangertickets.com. Then we’ll see you at the big-ass GENIUS AWARDS PARTY at the Moore on September 28 to toast the winners, and hear Seattle Rock Orchestra, and dance, and generally freak out. recommended

Perhaps some will find all of this somewhat offensive to their concept of genius. The cartoonist Bill Watterson commented that “Genius is never understood in its own time.” And many seem to prefer that the designation of “genius” be withheld for only the most rarefied of achievements and then only when the achiever has stopped being productive (or died).

On the other hand, I am wondering now whether some of our organisations don’t have a thing or two to learn from Seattle’s “geniusfest”. What if the brightest, the zaniest, the most far-sighted, the most unrestricted thinkers in your firm could be identified, heralded and engaged by as many people in the firm as possible? Even more, what if such people from other places and contexts (perhaps some of the 2013 Seattle genius winners) were imported into your enterprise to do the same thing: share thoughts openly, challenge and inspire?

Our world might be a far better place if we worked harder to find geniuses in every discipline and then share the lightning in their thinking.