Young Professionals Finding Their Next

Decades ago, Peter Drucker pointed out the arrival of what he called “knowledge workers”, whom Drucker suggested might need to be thought of more as volunteers than workers. Despite this early understanding — foresense — of where things were headed, many controlling corporate systems have carried on suppressing initiative and snuffing out new ideas. At the same time, ambitious people are being driven away, leaving behind an often barren and declining status quo in their wake.

Conversely, today´s young professionals are exhibiting a host of novel intentions that have led some to characterise them as the “flux generation”. It seems that this new generation of professionals has taken Drucker´s notion of knowledge worker to a level not even he could have imagined. According to Robert Safian in Fast Company, “What defines GenFlux is a mindset that embraces instability, that tolerates — and even enjoys — recalibrating careers, business models, and assumptions.” 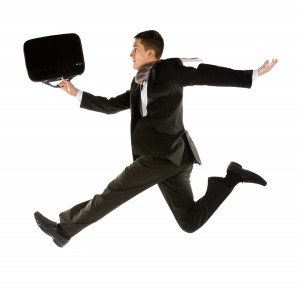 Are today’s organisations able to cope with that kind of worker? Not quite. Says Safian: “The vast bulk of our institutions — educational, corporate, political — are not built for flux. Few traditional career tactics train us for an era where the most important skill is the ability to acquire new skills.”

As I see it, the very essence of GenFlux is about never losing one’s ability to learn, and that continuous learning is paramount to finding your next. Members of this generation somehow have understood — perhaps by necessity — that their professional reality will involve multiple roles, many short in duration and defined by the constant need to learn. This can be both frightening and invigorating and in many regards brings us back to our innate human capacities to adapt. As Nietzsche said, “That which does not kill us makes us stronger.”

For a closer look at this emerging career path, we can also turn to a companion Fast Company article by Anya Kamenetz. She cites some significant statistics:

According to recent statistics, the median number of years a US worker has been in his or her current job is just 4.4, down sharply since the 1970s. This decline in average job tenure is bigger than any economic cycle, bigger than any particular industry, bigger than differences in education levels, and bigger than differences in gender. (Since women are more likely to interrupt their careers for child rearing and caregiving, their average time in a job is even shorter than a man’s.) Statistically, the shortening of the job cycle has been driven by two factors. The first is a marked decline in the “long job” — that is, the traditional 20-year capstone to a career. Simultaneously, there’s been an increase in “churning” — workers well into their thirties who have been at their current job for less than a year.

As the world around us is moving faster than ever and in new directions, the youngest and brightest professionals are well on their way to embracing a new career mindset and forging their own paths forward. In many cases, this is being done without permission from the establishment and (even worse) without the participation of many organisations, even though they are in desperate need of renewal. It should be a clear signal to talent managers of established companies that many GenFluxer´s are packing up, moving on and taking their aspirations with them.