I consider the special task force at MIT that I described in Part 1 and Part 2 of this blog series to be a special event, mainly because it could affect all of education in multiple (and tangible) ways. It shows real leadership vision. For my final post in this series, I would like to pull back the mental camera lens and make one important observation that applies to corporations and organisations around the world. And it’s this: the future is inevitable and the best way to succeed in the future is to set aside your fears of what’s to come. As I’ve mentioned before, hope is so much more powerful than fear when it comes to leading anyone to what’s next.

Bringing this back to MIT and the world of education: it’s obvious that the Internet is already having a profound impact on how people learn. One way to confirm this statement is to jump to Tony Karrer’s website and see the staggering list of conferences that have been held or are scheduled to be held focussing on the subject of eLearning. Training Magazine Network is another way to take the strong pulse of this trend. However, one could ask why MIT would feel the need to consider any kind of radical change. After all, a year ago, Bloomberg news reported that MIT was second only to Harvard — in terms of global prestige (University of Cambridge was ranked third). Was there really a need to assign a task force to decide in one year what MIT needed to do to remain a leader? Could MIT not have stayed with what it was already doing (including popular eLearning programmes)? Couldn’t MIT have simply waited for someone else to make a big move first toward the future of education, then followed? 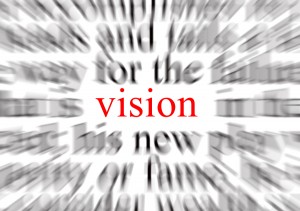 I have no special inside knowledge about MIT, but I feel safe in saying that some of those in the faculty and administration there must have felt that it would be far better to take on the attitude I have encountered many times elsewhere: if it ain’t broke, don’t try to fix it. Such a point of view is driven more by a fear of change than by confidence in the long-term viability of the enterprise. How these people must have felt when MIT President L. Rafael Reif challenged their view by announcing the task force and saying, “[W]e have a truly historic opportunity to better serve society by reinventing what we do and how we do it.” Opportunity?

Yes! That is the point to stress here in my closing observations (for now) about this initiative. No matter how successful you have been or now are, the future is inevitable. With the future, hopefully, comes progress — and change. One can resist the future or try to shape it. This applies to people on an individual level (where is your career going?), and it applies to organisations, even nations. And the best tool you have to make the future your friend is to develop an opportunity foresense of what you and your firm could be, might be, should be. Resting on your laurels is not only a tired cliché, it’s poison when it comes to progress.

In closing, I salute MIT for what it’s doing in terms of shaping the future of education. It shows vision on the part of its president and those who have taken his challenge to heart and are moving, now, to find MIT’s next. If I had one humble bit of advice to share with MIT, it would be based on a Japanese proverb I like. MIT must convert its emerging vision into action. MIT’s task force is sure to come up with some foundation-shaking ideas. They can be discussed and debated (as many in academe love to do) for years, or they can be acted upon with appropriate immediacy. Thus, my advice is in the form of this proverb: “Vision without action is a daydream. Action without vision is a nightmare.”