In my last post, I reported that “MIT has just launched a bold, brave and public initiative to reimagine what the university could be in seven years.” MIT (as a community) involves a lot of people (it employs 11,000 people — 1000 of which are faculty, with a student-faculty ratio of 8:1). Anyone who tries to tamper with the status quo of that big of an organisation had better be sure of what he or she is doing. I’m convinced MIT’s president, L. Raphael Reif, is very much on the right track. In this way, Reif can be seen as a role model for anyone engaging in a similar pursuit, even if the challenge is on a much smaller scale. In this post, I’d like to stress the three big things he did to start this daunting nextsensing initiative.

He chose two people to lead the charge, presumably two people in whom he has substantial trust. When an institution such as MIT considers retooling or reconfiguring itself, the implications on financial income and outgo are only a part of the problem. MIT has (like most universities) an embedded base of people who are enamoured of the way MIT has been and is. This means that, while physical facilities and balance sheets are going to be in play, the emotions of all stakeholders will be on full alert (and count in that category the 126,684 living MIT alumni!). Two possibilities are going to be high: some people could easily become irrational in wanting to replace the status quo completely while others will irrationally resist any change. Meanwhile, the president will have to oversee the day-to-day operations of MIT. By picking two top individuals (Sanjay Sarma and Israel Ruiz), he will be able to focus on the here and now while they increasingly focus on the there and then. And, by allowing them to select the individuals who will serve on the special task force, he indicated that he trusts them to lead this important team in a way that will be most beneficial to the university. 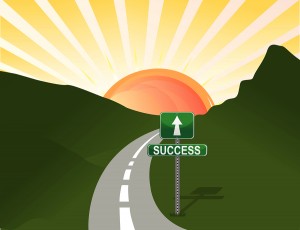 He spoke directly to the MIT community. Perhaps you have worked in a firm in which prospective change was a hush-hush affair, something rumoured but absolutely nothing was publicly spoken about it. This is not the way President Reif did it. First, he published an open letter (literally) to the entire “MIT community” then he reinforced it with a detailed explanation of his charge to the task force. Nothing hushed about this, as his communications were emphatically blunt. In his letter, he states: “Conversations with leaders in Washington and at the World Economic Forum have confirmed my view that we are rapidly reaching an inflection point in the history of higher education and that the outcome will be critically important for MIT, for colleges and universities in general, and for generations of students around the world.” And his charge to the task force underscores a stark reality: “For MIT — an institution passionately committed to the kind of hands-on, team-focused, apprenticeship education that depends on community and human contact — the challenge and the opportunity are particularly urgent and direct. In short, to stay true to our educational values, we must seize the opportunity to reimagine what we do and how we do it.” Make no mistake, everyone who cares deeply about MIT soon learned about the task force, its charter and scope, and its strong potential to change the way things are. And this move, to include everyone affected from the very start, is highly commendable.

He set hard deadlines and defined deliverables. If you only have time to read one document about this MIT initiative, read the charge letter. It enumerates what the president (that is, the university) needs the task force to do; and, as you might guess, it is very detailed in its scope. He’s asking for a new ecosystem for education in the future, a range of experiments and pilot projects that will involve MIT both on- and off-campus, a review of the current financial model to project its future viability — and this is all in the first 100 words or so. There are more bullet points that both design to energise the task force while keeping it on a necessarily well-defined path. And this is not work that is to be completed “someday”. He asks for a preliminary report in six months, the complete report in a year. “The task before you is serious and pressing,” he says at the end of the charge letter as a not-so-gentle nudge to all task force members to elevate the priority of this assignment to Job One.

Reif is the 17th president of MIT; he took office in July 2012. To say the least, he is off to a fast start. Yet, if you read his official bio, you will find that he is, first a man of science: he “is the inventor or co-inventor on 15 patents, has edited or co-edited five books and has supervised 38 doctoral theses. He focused his most recent research on three-dimensional integrated circuit technologies and on environmentally benign microelectronics fabrication.” I note that here because he personifies those individuals who seem to make the best leaders: they have one eye on what needs to be done today and are actively engaged and productive. But their other eye is always looking toward the demands of tomorrow — the long road ahead, and they make time now to prepare for what needs to happen to make the future a favourable one for the people they lead.