Too Good To Be True?

Late last year, I wrote about the coming “revolution” being created by the ambitious use of sensors. My comments came in response to an article I read about how GE was in the process of “putting sensors on everything”, generating a new industrial revolution in which, in essence, machines could “feel” and express their feelings to other machines.

Thus, you may hear the term “Internet of Things”, meaning that machines will soon be able to communicate worldwide and incessantly pretty much the way humans do now. Here’s how I closed my post: “The Industrial Age may soon regain its lost glamour and swagger – and revitalise the world economy at the same time.”

It dawned on me today that many of my readers might think that statements such as that are, well, too good to be true. Yet, what excites me and many others about nextsensing is that it could be thought of as the study of too-good-to-be-true trends. And the world of “sensors on everything” caused me to check out some of the astounding developments that are happening in this inventive field.

A sort-of off-the-wall site called justlorem.com recently published a piece titled “Prepare for the Sensor Revolution”. It’s a great overview of the revolutionary role of sensors. A few sentences near the top of the post captures the mood of the entire piece: “Our complete society is going to be interactive. Objects will be able to sense, reason, communicate, and act. Our surroundings will assess and modify according to our wants and needs. It is not too far away; in fact, it has already begun.” 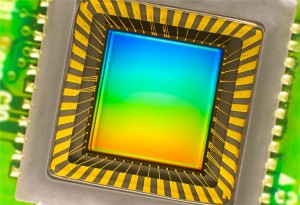 The author goes on to talk about ways business can use sensors, including collecting data (naturally), checking how things are going in a production process (stage by stage), detecting patterns and trends in what consumers are buying and using, and taking the pulse (and so much more) in people.

That point about sensors in health care led me to a site called “Inside Activity Tracking” with what should be an entry into somebody’s headline of the year: “Proteus Puts Sensors In a Pill: Make a Powerfully Innovative Activity Tracking Solution for Healthcare”. Even I started to say, “Hey, this has to be too good to be true.”

Their report is about a new company called Proteus Digital Health. What’s that? Says the report: “Proteus was founded by a team of experienced pharmaceutical and technology professionals who sought a solution to the fact that nearly 50% of patients do not receive the full benefit of prescription medications due to poor self-administration, especially among elderly patients.” So, the idea of a pill-sensor follows this line of reasoning:

This product’s simplicity and market potential will make it a success. Proteus is simple. Often medical devices are underutilized because potential users are reluctant to make drastic changes to their health routine; this product only requires users to wear a patch and take one additional, small pill to function. Proteus will put powerful data and vital alerts in the hands of care providers. Accordingly, it will be valuable to individual caregivers and businesses involved in assisted living and nursing care, which are large, growing markets.

This may sound like something for the elderly, but if you have ever fogotten to take a regularly required prescription pill, I can see the day where a sensor inside you sends you an e-mail with a reminder!

On a different website, Barbara Peters Smith has written a nice scenario of what’s coming for all of us as we think about taking care of ourselves and our loved ones in the not-too-distant future:

If you are 55 years old, you could wake up 30 years from now to the warm, affectionate voice of your personal care robot, asking what you would like for breakfast and why you slept for only 5.8 hours last night instead of your usual 7.3.

After your mattress takes your morning temperature, pulse and blood pressure readings, you might want to reach for the tablet on your bedside table and tap the touchscreen to turn up your home’s heat by a few notches before you throw back the covers. The robot can fetch your slippers.

As you rise and walk into your day, floor sensors might trigger an infrared scan of your gait and balance, relaying the information to a nearby nursing center. If anything seems amiss, a car could be on its way to your home.

If not, your environment will continue to gather data for a morning summary sent — with your permission — to the smartphones of your sons or daughters, relaying what you had for your morning meal and whether you took all your medications.

I would only add to her great report that I think this will be happening long before her 30-year projection.

I say that because we already have technology that allows cameras to transmit images to wherever you want them: your desktop computer or the Internet or some social media site. And, as you know, the power of today’s cameras dwarf whatever pioneer photographers dreamed of, mainly because of the quality of the sensors inside them. But, even better cameras are coming because better sensors are coming. Have you heard of graphene sensors? Asian Scientist has. Think on this:

AsianScientist (May 30, 2013) – Researchers at the Nanyang Technological University (NTU) in Singapore have developed a new sensor made from graphene that is a thousand times more sensitive than current camera sensors.

Graphene is a million times smaller than the thickest human hair and is made of pure carbon atoms arranged in a honeycomb structure. It is known to have a high electrical conductivity among other properties such as durability and flexibility.

Their report stems from research published by a team led by Assistant Professor Wang Qijie in Nature Communications. In Asian Scientist, the professor is quoted as saying, “We have shown that it is now possible to create cheap, sensitive and flexible photo sensors from graphene alone. We expect our innovation will have great impact not only on the consumer imaging industry, but also in satellite imaging and communication industries, as well as the mid-infrared applications.”

Too good to be true, you and I say, but in this realm of thinking it seems that one astounding possibility often leads to an equally astounding one. The article reports that “not only is the graphene sensor 1,000 times more sensitive to light than current imaging sensors found in today’s cameras, it also uses ten times less energy as it operates at lower voltages, says Wang.”

I could easily go on. Sensors are enabling a lot of people to engage in projects and activities that many of us might deem “too good to be true”. But if you have an interest in nextsensing, you will quickly learn to refrain from ever thinking or saying that phrase. The world today is, indeed, a wonderland and I increasingly think I know what Lewis Carroll meant when he wrote, “Sometimes I’ve believed as many as six impossible things before breakfast.”