The Internet’s Best Is Yet To Come

I am old enough to remember the time, not that long ago, when people who proclaimed that the Internet would change everything were seen more as heretics than prophets. Record store owners scoffed; the compact disc is the essence of modern music. Newspaper editors didn’t have time to worry about the Web; ad sales for their printed papers were up year after year. And those in the educational world who defined that world as a classroom with desks really felt little need to think about transmitting their knowledge in any other way than face-to-face, pupil-to-pupil.

Okay, I’ll put away the dusty scrapbook and get to the point. The Internet is now such a powerful presence that, sometimes, it is important to sit back and just learn the facts about the changes that the medium is invoking in the world every day.

Before 2012 becomes an odd-numbered year, hop to the 112-slide online report assembled by Mary Meeker and Liang Wu. It is simply titled “Internet Trends” but it is far from simple to comprehend fully. Though it has an PowerPoint-like format, it is readable online via Scribd. Meeker and Wu are both affiliated with KPCB (Kleiner Perkins Caufield & Byers). 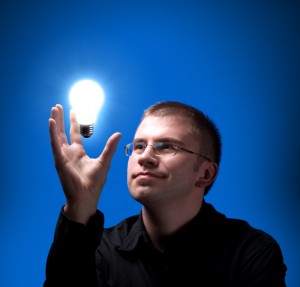 Their report (which Meeker also presented at a conference at the end of May) provides an update on the impact of the Internet on an array of industries. Yet the report is most cogent when it provides slide after slide of how those who are using and shaping the Web are reimagining and reinventing so many things that the net effect (pun intended) on the reader is a state of feeling overwhelmed. Look especially at slides 33 – 85. If those slides don’t make you feel that there may have never been a better time to be an entrepreneur than right now, then I think you need put down your stenographer’s notebook and No. 2 pencil and reassess your life.

What’s most delightful is that Meeker and Wu assert that, despite all the reimagination currently taking place, we are still in “spring training”. For those not in touch with baseball terminology, it means that the real season of play has yet to begin. As when you hit the “on” switch on your laptop, the full force of the Internet is just warming up. Therefore, have no doubt: today’s status quo is going to get even more disrupted, and the magnitude of forthcoming change will be nothing short of stunning.

I’m so glad I’m young enough to be excited about that.