The Death Of The Smartphone

If you take a look at the performance of Apple of late, it’s not pretty. Check the one year chart on MarketWatch, and you’ll see that — after climbing to a 52-week high of $705.07/share — it has come back to the price that it was about a year ago, a little more than $450.00/share. Does this mean that the company whose stock in 2013 was to hit $1,000.00/share (said many!) is in the trash heap? Hardly. Yet, there is now general agreement that Apple needs to refresh its product line. It needs a winner to replace the yawn that even its iPhone 5 has become.

At the start of this year, Entrepreneur projected that Apple’s next might just be the rumoured “iWatch”. But the story here is not that Apple needs to augment its iPhone line. Entrepreneur says that Apple should consider replacing its iPhone:

Apple is reportedly exploring development of a watch-like product. Some might scoff at the idea of Apple building a watch. After all, who needs watches when you have a smartphone. Further, Apple is a company with $200 billion in annual revenue. A $100 watch which will sell in limited quantity is barely going to move the needle.

While all of those are fair points, they’re missing a much bigger picture. There is a line of thinking that the smartphone era will perish almost as quickly as it began.

This is no modest proposal. Apple sold a record 47.8 million iPhones in the December quarter. Replacing, then exceeding, that much revenue would be an enormous challenge. But I like Entrepreneur’s thinking. Arguing that someone will, sooner or later, find a better way to do all the things that a smartphone now does — only in a smaller, perhaps wearable format — the idea is that Apple would be smart to manage the demise of its iPhone line rather than to allow a competitor to do it. Says Entrepreneur: “For Apple, an iWatch could be a way to test the wearable computer market, says [analyst] Gene Munster at Piper Jaffray. He says, ‘We believe that longer term (over the next 10+ years), wearable computers could eventually replace the iPhone and smartphones in general.” 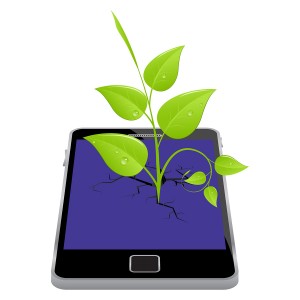 In 1942, an economics thinker named Joseph Schumpeter talked about the concept of creative destruction:

“The fundamental impulse that sets and keeps the capitalist engine in motion comes from the new consumers, goods, the new methods of production or transportation, the new markets, the new forms of industrial organization that capitalist enterprise creates.”

Apple, to date, has been outstanding on creating the next wave of personal technology. And my bet is that, starting in 2013, the company will stand or fall depending on whether it can fully grasp (and capitalise on) the thinking of an Austrian economist who was born in the late 1800s.