When I was a young boy growing up in Detroit, you bought a new car every year. If you worked at General Motors, you had to drive their latest new model. Same for Ford and Chrysler. It seemed that every family in one way or another worked for the automobile industry. It was, after all, the “Motor City”.

More recently, something unimaginable (to a Detroit boy) is now part of the regular discourse about automobiles: cars without drivers! Really?

It seems that cars are quickly becoming the new technology frontier and that all the bells and whistles (not horns) of our smartphones are finding their way into our cars. That kind of technology is now envisioned as increasingly capable of serving as an “auto-pilot” for cars. The Economist has a great article about this, but you can easily find many others.

From what I glean from a number of sources, some manufacturers have already tried to integrate smart technology directly into the dashboard, which is a slow process since new-model cycles of such a production-driven industry puts such innovations 3-5 years into the future. That’s multiple lifetimes in the mobile apps world! Others have made it possible for smartphones to become integrated right into the driver’s cockpit, thus putting the onus of continual updating onto the phone, not the car’s dashboard. Either way, this could be the shape of the next automotive industry.

In cultures such as the US, the automobile is one of the top three places people spend their time (along with home and office). Now, when in the car, what if you didn’t really have to drive because technology converted the driver’s seat into just another passenger seat? Given that people would freely be able to use their smartphones, the expanded potential for managing information and communication and enjoying entertainment would become plentiful.

How the global automobile companies respond to this possibility (or is it really an inevitability?) will be a key determinant of what kind of future automotive choices you will have when you select the car or truck you want to, ummm, drive. Driverless cars with added communications capabilities will give a whole new meaning to “what is under the hood”. Is this a major change? If it goes the way some are thinking, you bet. Automobile manufacturing has long been controlled by designers and engineers (and not of the telecommunication persuasion). Will some future Bill Gates or Steve Jobs choose to be a car designer instead of a computer geek? 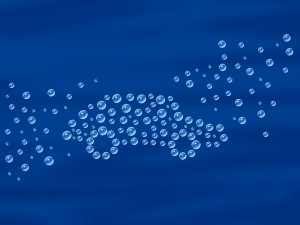 But will the industry choose to move in this way? Up till now, car buyers have been attracted to dealerships based on the sleek designs, interior elegance, greater horsepower or fuel efficiency (but not both) of the cars they carry. Then, too, cars have been sold simply because of the “experience” and the “feel” that one has on an open road driving in what they believe is the ultramobile of all time. Do the auto executives who have inherited a legacy of more than 100 years of mass production efficiencies and emotionally compelling style choices have what it takes to answer the driverless call? And will buyers open their wallets simply because a new car gives them time to read and write more emails? When driverless cars are as common as, say, hybrids are today, what will be the most compelling value proposition for prospective buyers?

More questions than answers, to be sure. To me, this seems to represent another convergence of things that were once mutually exclusively. We now live in a world that takes a harsh view on distractive communication while you’re driving. Soon, that may not matter.

I am placing my bet on those auto manufacturers that sensed early that something driverless was on the horizon and took the steps to experiment with these daring new possibilities. Their 2015-16 models are still on drawing boards, and I for one can’t wait to see what’s coming. And while there are clearly engineering and design challenges aplenty, the real challenge (hence, opportunity) is thinking differently about what the automobile can become and how that will drive (pun intended) the buying decisions of the next generation of car buyer-passengers. In the meantime, I plan to ponder the wonder of the 50th anniversary Mustang with my fingers crossed that it still needs to be driven.

PS: Some good thoughts on this subject can also be found in this FT article by Emily Steel. There’s also a super article by Jamie Page Deaton on “How Driverless Cars Will Work”; it’s well worth your time as well.