On Digital Etiquette And Beyond

The dance between humans and how they interact with new technologies ultimately leads to new words, deeds and norms (behaviours). In 2003, I don’t think I knew what “LMAO”, “OMG”, “CULater”, “S´up” and many other relatively new e-terms meant — if these terms even existed.

Big movements start out as small, subtle changes and steadily gain momentum, which means peeking in early helps you to understand better the developmental trajectory and anticipate where trends might be heading. When it comes to technology, early adopters eventually find themselves in conflict between the world as it is now and the emergent new world they are, in fact, helping to shape. These thoughts surfaced after I read Randy Rieland’s recent thoughts about “How Digital Devices Change the Rules of Etiquette”.

Rieland relates some fun stories in order to make some important points. He tells about sending a text message to his son to find out about a class he was taking. The problem was that Rieland texted four sentences to express his interest. We don’t know how his son did in that class, but here’s how he responded. Says Rieland, “But his message was clear: If I continued to be so lame as to send texts longer than two sentences — using complete words, no less — he would have little choice but to stop answering.”

This may seem to be low-level familial sparks; but, in many instances, such sparks form the genesis of entirely new values and belief systems (etiquette becomes the manifestation of the rules) and the emergence of a new common sense develops. That is what Rieland is exploring in his post. He cites others who take positions on whether it’s okay or not to send thank you emails (who has the time to read such sentiments?), ask anyone for directions (haven’t you heard of Google Maps?), or routinely text during a personal conversation or during a meal (why not eat and multitask?).

But it’s clear, by the end of the article, that Rieland senses a major shift in the norms of communications based on such anecdotal evidence. I have to agree and have already begun to wonder about how all this will play out in terms of the future commercial impact of such changes. Will new dictionaries need to be drafted that detail “netiquette”? (Oh, wait, there is one!) Are Emily Post’s rules of etiquette now past their sell-by date? Or, as Rieland notes, will we need new curricula to teach people how to interact face-to-face since so much interaction is now digital? 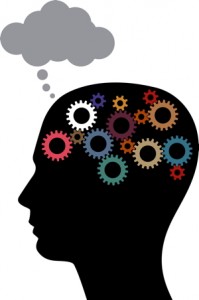 Such exploratory thinking is routine for anyone who is into nextsensing: the essence of opportunity foresensing is hooking into the really big changes early on so that you can anticipate — even participate in — how they unfold in order to identify powerful new ways to add value based on your privileged understanding of what is now happening.

These kinds of changes are more frequent than the well-known (and often examined) generational differences in attitudes toward things in general and new things in particular. This is not about young vs old. Nor is it about he vs she. Nor is it about one company or country vs another. This is about the shifting of norms and how people might capitalise on such shifts. And when changes are profound and frequent, one’s personal duty to stay up to speed becomes increasingly difficult and constant. The perceptive mind can never really rest from its work of making sense of things and discovering — inventing — new meaning.

Nextsensing, then, is a thinking-intensive (rather than a capital-intensive or physical labour-intensive) endeavour; and our thought-time is a finite resource that requires us to not only manage the noise but also to manage our attention. (Perhaps this is at least one factor contributing to increasing numbers of people being diagnosed with ADD?). This new demand on our mind really is a big deal and goes far beyond making good decisions on the job or finding the next big thing.

All this needs to be considered in light of the links between what we think about and how that leads to changes in our actions. It’s a never-ending process; and it sounds exhausting (I know), and those of us who are trying to generate an opportunity foresense on any subject need to be fit of mind and body as the mental challenges will always tax our human system. Yet, once one engages in nextsensing, few choose to return to accepting things simply as they are. Thinking is expanding.

The thought manifests as the word;
The word manifests as the deed;
The deed develops into habit;
And habit hardens into character;
So watch the thought and its ways with care,
And let it spring from love
Born out of concern for all beings…
As the shadow follows the body,
As we think, so we become.