Of Games, Smog, Laundry, and e-Mail 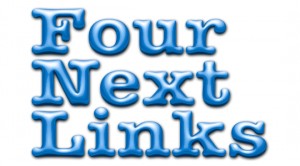 The NextSensor team is always looking for news from the world of next. Here are four links to recent items that caught my attention.

Anyone who plays video games ought to take a peek at Katie Drummond’s (@katiedrumm) excellent post on “Video games change the way you dream: Those hours in an alternate reality are messing with our minds” [link]. The article focuses on Jayne Gackenbach (@jgackenb), “a psychologist at Canada’s Grant MacEwan University and arguably the world’s preeminent expert on how video games can impact dreaming”. While I’m not suggesting that nextsensing and dreaming are the same thing, there is definitely an important role for the imagination in anyone’s thinking about possible paths to the future. For some time, Gackenbach has been exploring the relationship between video games, dreams and real life. According to Drummond:

Among her other findings, Gackenbach has noted that gamers tend to have more “bizarre” dreams — those that include far-fetched or impossible scenarios, like imaginary characters or space travel — than their peers. Bizarre dreams, in turn, have also been linked to enhanced creative output in day-to-day life, suggesting (as Gackenbach has also found) that gaming might make us more creative in real-world scenarios.

Is there a constructive role for video gaming when thinking about the future of your company? I welcome your thoughts.

There are many articles about the problem of smog in major urban cities around the world. Anyone making progress in solving the problem? Yes! Bloomberg TV (@BloombergTV) broadcast a short video on “Breathe Easy: This Building Eats Smog” [link] and it’s definitely worth watching. Here’s the quick summary from Bloomberg; and, if nothing else, it shows that even seemingly intractable problems can be attacked by those who are dissatisfied with the status quo:

Twenty years ago, Mexico City was the world’s most polluted city. It’s come a long way since then with innovations such as a smog-eating facade featured on one of the city’s buildings (from Berlin-based firm Elegant Embellishments). Mexico City’s Torre de Especialidades (Manuel Gea González Hospital) can reduce the amount of smog produced by 1,000 cars per day. Bloomberg finds out how.

If you are more interested in clean clothes than in clean air, Smithsonian has news for you. “This Washing Machine Could Be the Next Game-Changing Appliance: An innovative system that uses stain-sucking plastic beads translates to big savings” [link] was written by Tuan C. Nguyen (@ReporterTuan). I found it interesting mainly because, before reading the piece, I would have thought the technology for cleaning clothes via washing machines was as advanced as it possibly could be. Not true!

Since 2010, the UK-based startup [Xeros Cleaning] has been introducing into several markets a radical, nearly-waterless machine that allegedly leaves clothes cleaner while using 72 percent less water, cutting energy costs by as much as 47 percent. The Xeros cleaning system, found at select athletic clubs, drop-off cleaners and Hyatt hotels, does this by swapping out water for tiny plastic beads specially-engineered to absorb dirt directly—and therefore more effectively—from fabric.

Here again it’s good news anytime someone finds ways to improve something that everyone else assumes is “as good as it gets”. Nguyen also reports that one of the executives for Xeros has found that this approach not only helps the environment, but it also helps clothes to last longer.

Lastly, anyone who wishes that his or her e-mail experience were better needs to read Stefan Pfeiffer’s blog post on “IBM Connect 2014: I didn’t just see the Future of Email, I saw IBM’s Vision of the Future” [link].

He discusses his recent trip to Orlando for an IBM Connect technology conference where a new approach to e-mail was introduced. Pfeiffer says, “With Mail Next, IBM is presenting a revolutionary new e-mail client, and when I say revolutionary, I really mean it.” He says that the new program will help people find e-mails from the past much faster and “in context with relevant information from other sources, such as social media channels and other repositories”. Exciting stuff. In his post, Pfeiffer explains how IBM makes this happen, and he offers other highlights from the conference.

His closing comments were also fascinating. He says the conference (which used to be called Lotusphere) is now being attended by a wider array of participants: “The event is no longer a conference for nerdy programmers; it is an important event for HR managers, marketers, ‘line of business’ and IT.” As the importance of finding one’s next expands, I suspect many conferences in many fields may find its attendee list populated by people of all types.