Down the hatch. A new breakthrough in microrobotics might just change the way we take our medicine, reports Lynda Delacey (@LJDelacy) for @nwtls. Scientists at the Daegu Gyeongbuk Institute of Science and Technology (DGIST) in South Korea have developed microscopic robots that can enter the bloodstream and administer medicines to precise areas of the body with little or no side effects. These remote-operated bots are designed to move like real bacteria, using tiny hair-like cilia to zip through veins and arteries, then dissolve after delivering treatment. Project leader Hongsoo Choi also believes these microbots “can be utilised… in non-invasive surgery.” [Read More Now] 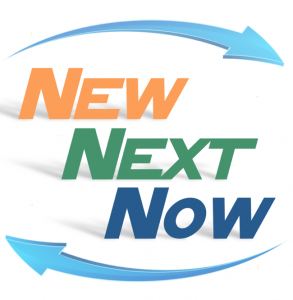 Smart harvest. The world of agriculture is evolving, and John Deere intends to lead the charge. @Bloomberg reports that the US-based farming equipment manufacturer is taking a novel approach to customer service: selling farmers add-on components like auto-steering and navigation systems to make existing tractors “smarter” and more effective. Stock analyst Larry De Maria says, “Bigger and faster is no longer the mantra. It’s about productivity and efficiency.” John Deere hopes the move will boost sagging sales, but the technology could also have a farther-reaching effect: increasing food production for an ever-growing world population. [Read More Now]

Soul searching. Do animals have souls? Writer/researcher Michael Jawer explores that very question in a recent @aeonmag article, citing clear, observable evidence that animals experience a wide range of emotions, perhaps even more than humans do. “[W]hat we feel deeply is what drives us,” Jawer explains, and those emotions are felt deep within our bodies, connecting us to “one another and the natural world.” If that’s the definition of a “soul,” then one need only look to the animal world for myriad examples of connectedness — love, play, gratitude, contemplation, grief — which Jawer calls “the root of spirituality.” [Read More Now]

Knock, knock, Neo. Ever wish you could learn French, or build a computer, just by downloading the necessary data to your brain? That may soon become a reality, says Jurica Dujmovic (@JDBrandManager) for @MarketWatch. Taking cues from the 1999 sci-fi film The Matrix, Los Angeles-based company Kernel is working hard to develop a “memory prosthesis” chip implant for the brain, which could more reliably manage a person’s memories. This is a potential breakthrough in fighting Alzheimer’s Disease. But Kernel founder Bryan Johnson believes the device can also expand knowledge by helping the brain absorb new information instantly. “The advanced intelligence of tomorrow is a collaboration between the natural and the artificial.” [Read More Now]

Take me to the future. The Innosight consultancy (@InnosightTeam) has a video of five business leaders talking about how they are leading their firms into the future. In the nextsensing world, we talk about “opportunity foresense”. This short video will take you in that direction. Well done! [View More Now]

Digital love? Japan is literally in love with virtual “relationship” simulators, and Tokyo Game Show 2016 proves the trend isn’t slowing down. Sony gave attendees a sneak peek at several new VR games for its forthcoming Playstation VR headset, including “Summer Lesson”, which allows players to converse with a digital woman. Developer Jun Tamaoki said his team’s goal was to create a realistic character that could help shy players “improve [their] communication skills”. Nintendo was a no-show at the event; the game giant remains sceptical of the future of virtual reality, citing health hazards from prolonged VR gaming. Thanks to Hiroshi Hiyama at @AFP for the report. [Read More Now]

Best and brightest. Thousands of the most prominent entrepreneurs, business leaders, politicians, academics, and artists in the US all have one thing in common: they were subjects in a decades-long study to discover individuals with prodigious talent and aid them in reaching their full potential. As Tom Clynes (@tomclynes) for @nature writes, the Johns Hopkins University study focussed on kids “who scored in the top 1 per cent on university entrance exams.” Past subjects include mathematician Terence Tao, Facebook founder Mark Zuckerberg, and Lady Gaga. Despite the programme’s success, psychologist David Lubinski believes brilliant minds are still slipping through. “When you look at the issues facing society now…. These are the kids we’d do well to bet on.” [Read More Now]

Work-life nirvana. Heather Yamada-Hosley (@Curious_Heather) at @lifehacker shares this month’s life tip from @TFDiet founder Chelsea Fagan (@Chelsea_Fagan), who explains her “Rule of Four” approach to maintaining work-life balance: “I must always have four concrete, tangible things in my life that make me feel happy, that make me feel like myself, that I devote time and energy to, and that I am actively constructing.” By focussing our time and energy on four distinct things — such as work, family, exercise, or a hobby — we are able to lead healthier and more fulfilled lives. [Read More Now]

Timberrrr. How will skyscrapers of the future be constructed? Steel and concrete may be fading out in favour of an age-old resource, wood. A new material called cross-laminated timber, or CLT, is inexpensive, strong as steel, and totally renewable, able to be utilised in ways previously not possible with ordinary wood. Michelle Z. Donahue (@MZDonahue) for @smithsonian reports that CLT is already gaining traction in Europe, with a whopping 80-story behemoth planned for London. Says US Forest Service research engineer David Kretschmann: “…anything that allows for more utilisation of a renewable resource… is a good thing.” [Read More Now]

Care less, work… better? The old adage “perfect is the enemy of good” might just be the key to becoming a more dedicated and efficient worker, particularly if you’re an introvert. That’s how author Kelly O’Laughlin (@hisensitivelife) sees it. Writing for @livequiet, she recommends taking care of oneself first because an overworked employee too often burns out. “When you reduce the pressure on yourself to attain perfection, you can flow more quickly and easily through your tasks,” O’Laughlin writes. “Trust that your intuition and experience will guide you.” [Read More Now]

The best or the worst thing to happen to humanity? Per ITV News [link], “A £10 million centre dedicated to researching Artificial Intelligence will be launched by Stephen Hawking at Cambridge University today [19 October]. The official opening of the Leverhulme Centre for the Future of Intelligence… [is] a collaboration between the Universities of Cambridge, Oxford, Imperial College London and Berkeley. Together they will investigate the impact of the development of artificial intelligence, to ensure that ‘AI’ benefits all mankind.” Said Professor Hawking: “The rise of powerful AI will be either the best or the worst thing ever to happen to humanity. We do not yet know which. The research done by this centre will be crucial to the future of civilisation and of our species.” You can find a full report at the Cambridge website. [Read More Now]

Digital horizon. It’s no secret the world of business moves ever closer to a digital future in which growth and success go hand-in-hand with digital presence and capability. The question is: are we ready for it? According to a recent MIT Sloan Management Review survey, global business executives agree that adapting to this new future will be challenging; yet only 44 per cent believe their organisations are prepared for it. There is some cause for optimism, however: over 70 per cent have been able to retain and attract talent by investing in new digital resources for their employees. It must start somewhere. Many thanks to @DU_Press for this insightful article. [Read More Now]

Up your networking game. Networking can be stressful for some; a downright puzzle for others. So @Entrepreneur recently tapped networking expert Patrick Bet-David (@patrickbetdavid) to outline some key tips and strategies for building a better and effective networking approach. I love his “detective” style: identify your customer, then connect with anyone who regularly engages and does business with that type of customer. Another great tip from Bet-David: “Have a reputation of being an expert.” [Read More Now]