Music To My Ears

I like listening to music, and I like the fact that I can now obtain most music in a matter of seconds. Digitally. Columbia Professor Rita McGrath shared a great deal of insights about the current music industry in her recent post on billboard.com. Titled “The Next Music Business”, she makes it clear that she has little sympathy for the old-time record store (or CD-centred music publisher):

In fact, the music industry is enjoying a period of explosive growth, experimentation and new opportunity that never would have been possible under the old model. It’s a little like the airlines before they were de-regulated, the phone company when it was still Ma Bell or computers when a few big companies were the only game in town. Incumbents don’t like innovations that disturb the status quo. But the status quo is no more, and amazing opportunities are opening up that were never before possible or economical.

After noting that “half the revenue in the industry stems from digital sources”, she cheers the end of those days when — if you wanted a great song by an artist — you had to buy all the others on the album. Now, you can pick whom you want to hear, how much of their work, and download it immediately.

How so? Well, there are the big digital music stores whose sales in 2012 were jaw-dropping. According to Investors.com, “Apple’s (AAPL) iTunes, Amazon.com (AMZN), Google (GOOG) Play and other Web stores sold 1 billion digital tracks through August….” But more sources of digital music will inevitably arise. And, of course, many artists are selling their sounds directly, without any company signing them to a contract. Just check the post on Linn Forums, from “Warren”: “http://www.bandcamp.com allows artists to sell music and merch without needing a record company. Currently 750,000 albums, including classical as a genre.” 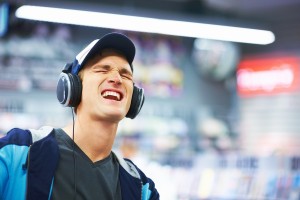 My sense is that you already know (or have intuited) most of this.

As I noted in my first e-book, the music industry was shortsighted (to say the least) when it first tried to clamp down on the digitisation of music. And the lessons from all this are numerous, increasing and worth remembering. Rita McGrath, in her article, offers this for starters: “As incumbents in other industries have painfully learned, once a sea change in business model is upon you, trying to throw up the barriers and pretend it’s not happening is only wasting valuable time.”

She also shows that — via listen-anytime–but-don’t-buy services such as Pandora and Spotify, or via applications to help one search for music (created by any number of software companies), or via applications to use music as a way to design one’s own choice of ringtones — many firms have found ways to use digital music as a springboard for new revenues without being only music stores.

Please allow me to add my own note here: when it comes to moving from now to next, an original disruption is often followed by floods of new opportunities as the “out with the old and in with the new” gets traction and the incumbents (usually larger and slower) stumble forward. When value creation in the music industry shifted its center of gravity — say, from owning and producing content to having the access model that customers crave — smaller players easily found their way into the marketplace mix, and, often, found themselves soon on the way to becoming big players.

The getting-giving-and-sharing model that is at the heart of digital music world is here to stay. Should you be one of those store owners who has been bemoaning the fact that the turnover rate for your vast inventory of compact discs is, well, abysmal, all I can say is live and learn. Only when the successful incumbent in any industry gets out in front of competitive disruption does it have the chance to keep its dominance. That requires opportunity foresense, the skill to not only sense the winds of change but to also generate them.