Snow White and the Seven Dwarfs is a timeless fairy tale, and you may recall that one of the most memorable lines evolved from the original version (which has the envious queen questioning her looking-glass) into the phrase we know: “Mirror, Mirror on the wall, who’s the fairest of them all?” Given the popularity of the many modern versions of the tale, it’s not surprising that “mirror, mirror” has been used for all kinds of assessments. I even found one tied to the United Nations’ Global Compact’s Self-Assessment Tool.

In this post, I’d like to prompt you to do some self-assessment on whether you are an entrepreneurially minded leader. In some cases, just asking the following questions is your first step toward moving you and your firm toward a brighter future. However, naturally, only detailed answers to the following will put you on the right path. Ready, set, ask…

1. What emerging problems will my organisation need to solve (sooner rather than later) in order to remain a leader in the eyes of our customers? Leaders encourage telling organisational performance appraisals before their inbox becomes filled with concerns and complaints from customers.

2. Who in my organisation should be working on those problems right now? Leaders realise that delegation is not only at the heart of getting things done, it’s also a wonderful tool to encourage growth in high-talent associates. Known problems left unattended will never solve themselves.

3. What can our leadership team do to directly support this work and get the remainder of the organisation to pitch in where needed? Delegation is meaningless unless the person tagged to solve the problem has adequate resources. Don’t let someone take on a big challenge only to flail for lack of support.

4. How do I address current problems while keeping the core organisation running at near-peak performance? Unless the problems you face are capable of shutting down your firm completely (very, very rare), your job as a leader is to get the problems attended to while the rest of the operates in an optimal fashion.

5. What are the top five fundamental assumptions about how our organisation gets things done? This is a real test for most leaders. For example, consider the leader who assumed that all incoming orders were filled and shipped in 24 hours or less. When questioned, all of his top-tier team members also operated with that point of view. Then, they asked the next question. 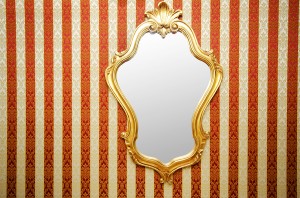 6. How many of those assumptions are either no longer true (or need meaningful modification)? Many a leader has found that assuming something is not the same as measuring something. Take the 24-hour turnaround time assumed to be the standard within one enterprise. When tracked carefully, it turned out that only a small minority of orders were handled in that timeframe. Only with improved management processes did the assumed performance standard become a reality.

7. How do I spend my time — and how does this impact my organisation? Executive coaches often begin their work with leaders by creating a time log of how seven 24-hour days are spent. That is, they want to know whether the leaders spent what proportion of their calendar in micromanaging? socialising? surveying customers? sporting? strategic planning? or ??? The purpose of measuring the time priorities of leaders is that it is often a model for how the rest of the top team members (and perhaps others) allocate their time. In terms of nextsensing, it is rare if not impossible to find a forward-thinking company when the top leaders are not, themselves, thinking about the future.

8. What is it about my personal allocation of time (and the corresponding priorities it represents) that needs to change — and change now? No one is perfect. Everyone needs to grow in one way or another. If you want to become a better leader, you need to, first, define what that means and then, rapidly, reshape your priorities to that profile.

9. If our company could start over from scratch, what would be the first thing we would do? The weight of tradition (“we’ve always done it that way”) can be a wonderful thing. It can also be the biggest impediment to improving an organisation. Time spent with the top leadership team doing away with outdated traditions and outmoded norms can be exactly the adrenaline needed to stimulate a sagging enterprise.

10. If we had to replace five of our top 10 customers, how would I start? Following the 80/20 rule, leaders often find that a disproportionate amount of business often comes from a handful of top customers. Supposing those customers abandoned your firm and took their business elsewhere? This can happen (and does). Of course, you would never want to encourage this. What’s key, however, is to prime your organisation to be thinking now about how to cultivate new customers with large sales potential. Happily, such behaviour often generates new leads and new orders from new customers — making your firm that much stronger.