Look For Next In The Creative Economy

Don’t miss the thoughtful post by Steve Denning on Forbes.com, the one in which he speaks of “Leadership In The Three-Speed Economy”. It’s one of the best snapshots of “where we are” (in a global sense) in terms of business, society and the world economy.

Denning notes that, when people talk about the economy “recovering”, they need to ask, first, which economy. He identifies three:

The Traditional Economy of the 20th Century (General Electric, Walmart and the like)

The Financial Capitalism Economy (dominated by the big banks of today)

Denning explores the special traits of each economy, but he doesn’t mince words. He believes that the traditional economy is “in steep decline with a grim future”. The economy tied to financial capitalism is, he says, frail even though it is “flourishing today”. Why so? Mainly because this economy is protected by big governments and their central banks. Propped up by free money, the banks are not financing the real economy and thus are in a kind of twilight zone. When the real economy grows, these banks may be insulated from that growth. All this financial engineering has provided banks with phantom value. 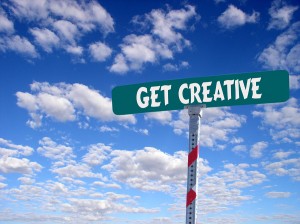 The real economy, he argues, is the creative economy: “It exploits an inter-connected constellation of technological innovations and brings to the marketplace dramatic reductions in cost, size, time and convenience, new systems of infrastructure, new ways of socializing, new meaning as to how time is spent, and new ways of living these possibilities.” He cites companies such as Amazon, Salesforce, Whole Foods and Costco as exemplars of firms that are leading this economy.

Denning has a great five-point list of “how leaders think, speak and act in the workplace. Whereas the Traditional Economy flourished an ethos of efficiency and control, the Creative Economy thrives on the ethos of imagination, exploration, experiment, discovery and collaboration.” Make sure you take special note of his summation of the new leadership model.

What’s been clear to me for some time is that next will only be found in the creative economy. Operational efficiency and acquisitive growth — the mainstay engines of earlier economies — are passé. Generating novel insights and working to convert those insights into actions that lead to new value-creating activities is what firms must do to have a bright future.

Please glance again at the six questions/behaviours I listed earlier that define the look and feel of a nextsensing leader. Any other kind of leader is taking his or her organisation backwards or, at best, keeping it in a holding pattern. In this sense, Denning’s words from his closing deserve emphasis simply because they are so powerful:

In management as in science, some thought-leaders remain intransigent and continue to noisily defend the old paradigm. But the changes of the new paradigm are now inevitable and increasingly obvious to those with eyes to see. Sacred myths are being reexamined. New questions are being asked of old data. In due course, the textbooks are rewritten and university courses are revised.

Looking for next? Enter the creative economy.