In their recent article, “The Perils of best practice: Should you emulate Apple?”, Marla M. Capozzi, Ari Kellen, and Sven Smit isolated three distinct types of corporate growth: market share growth (generating organic growth), segment growth from existing portfolios (capitalising on overall sector growth) and growth from mergers and acquisitions (acquisitive growth). Based on a sample of 750 companies (including Apple) examined between 1999 and 2005, they achieved an average annual top-line growth rate of 8.6 per cent: disaggregated into 0.1 per cent from market share performance, 5.5 per cent from market segment growth, and 3.0 per cent from M&A respectively.

The goal here was to figure out just how growing companies grow? But I gasped when I saw that there was just 0.1 per cent average annual organic growth. Is that acceptable performance for a CEO? Worse still, only 28 per cent of the 750 companies studied were able to demonstrate any organic growth at all. Does this mean that the CEOs of the remaining 72 per cent simply focussed on acquiring their way forward? Sounds like a great business model for investment bankers and consultants, but perhaps less so for shareholders and consumers who benefit the most from the meaningful product and service innovations at the heart of organic growth. 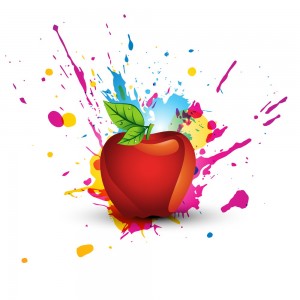 You cannot help but put Apple (singled out as an outlier in the MQ report) upon a pedestal given that they grew almost entirely by share based organic growth during the studied period, and six times higher than any other company in the study. Perhaps that is why Apple is one of the most valuable companies in the world today-sustained innovation based organic growth. Yet the article asked a cogent question: should you emulate Apple? In McKinsey´s 2012 Global Survey on “making innovation structures work”, CEOs identified these as the two most important drivers of innovation success: (1) the integration of the innovation agenda into strategy and (2) getting C-level support. That’s fine, but we know that the vast majority of companies aren’t growing organically, so my view is that what’s missing here is not the lack of a good corporate role model. (And let’s not forget Emerson’s words from 200 years ago: “Envy is ignorance,imitation is suicide.”) What’s missing here, to my mind, is top-level leadership and commitment.

Maybe our “leaders” (or their boards) need to be much more clear on what kind of growth is both needed and acceptable. Maybe our “leaders” need more training, experience or confidence to engage in organic growth initiatives in today´s dynamic environment. Maybe even the curriculum for B-schools needs to change, with less emphasis on financial engineering and more on growing companies from the inside out. But what we need to acknowledge is that most business leaders aren’t leading. Instead, they’re merging, acquiring and allowing their operational status quo to grow inch by inch. Acknowledge that, but don’t tolerate it.