Some people routinely lose the remote control for their entertainment devices. Why not have a Bluetooth-enabled sticker that will track it via your smartphone, even setting off a buzzer or red light just in case it’s super well-hidden? Ah, it would be nice, wouldn’t it?

Some people dream about unique ways to light their homes or offices, lighting them in ways that surpass the options provided by incandescent-fluorescent-even LED bulbs. Why not invent plastic that glows bright when an electric current passes through it. Then, you could shape such plastic any way that fits the needs of any space or context. Ah, it would be nice, wouldn’t it?

Ever since people became hooked on rolling luggage, some have wondered if such a special invention could be even better. Like how? Like, how about luggage that you don’t have to pull or hold because — via sensors — it follows you and your smartphone much like a well-trained dog might. Ah, it would be nice, wouldn’t it?

Yeah, you say: those are dreams that are about as realistic as automotive tyres that inflate themselves automatically so you never have to worry about that annoying transportational to-do. Ah, that, too, would be nice, wouldn’t it? 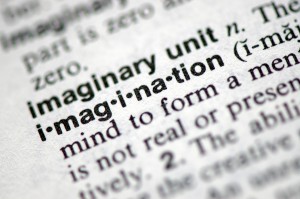 There’s an important nextsensing lesson in all these inventions: no matter your current marketplace position or advantage, and no matter how good you (think you) are, someone — somewhere (and not anymore just in a Silicon Valley garage) — is probably working on an idea that will fundamentally disrupt your world. It is not simply about someone inside your firm inventing an odd niche product or service occasionally. Rather, it’s about the need for a healthy degree of restlessness that must be established and maintained by leaders in every organisation because there will be a new way of doing things sooner rather than later, and it would be nice if your firm had a hand in a few of the bigger and strategically important new things.

In disruptive times, alertness to new problems and new possibilities is today´s equivalent to “necessity is the mother of invention”. It all starts with alertness to people’s wants and needs. Great opportunities flow from there. Imagine that.