How To Handle Rejection

You don’t have to be at the top to be lonely. Pioneers with new ideas know the feeling, too.

These thoughts came to mind after reading Patrick Allan’s (@mr_patrickallan) keen observations on a Lifehacker blog. On one post, he discusses “Build Your Creative Resilience with the Rejection You Receive” [link] pairing it with another post, “How (and Why) to Develop Your Mental Toughness” [link].

In the former post, which is short, Allan comes right to the point: “Trying to be creative and think outside of the box won’t always go in your favor. Rejection will knock you down constantly, but in actuality, that rejection is your training for developing strong creative endurance.”

In the latter blog post, which is much more detailed, he explains four major ways that a thought leader can avoid the pains of feeling apart, if not rejected, from an organisation because of one’s forward-thinking ideas. As he says at the end of the second post, “Developing mental toughness is a process and it’s not something you can conjure overnight. It takes a lot of patience and a conscious effort to become more resilient. Some things are bigger than all of us, but mental toughness can be your armor that glances the smaller blows away.” 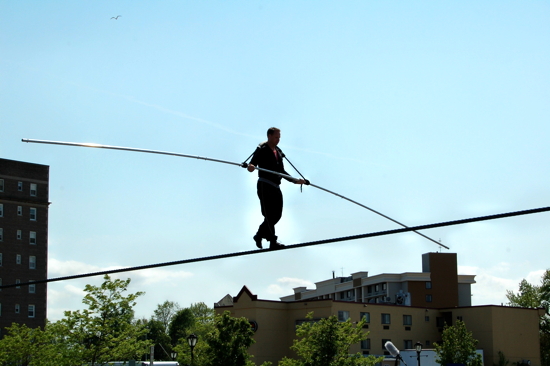 Since nextsensing can be a process in which idea champions can feel rejected and alone, at least at first, here are a few observations I would add to the subject.

Nancy Astor, the first woman to be elected to the British Parliament (1919), once commented, “Pioneers may be picturesque figures, but they are often rather lonely ones.” Yet, from what I have seen, if pioneers persevere and manage their ideas and their own presence correctly, that loneliness is only temporary.