“Is it just me or is the word innovation being overused to point where it loses its meaning?” So tweeted the brilliant film-maker Tiffany Shlain (@tiffanyshlain) recently. What a coincidence. I had just finished reading a truly first-rate essay [link] on “Why has human progress ground to a halt?” by London-based science writer, Michael Hanlon [link].

“The notion that our 21st-century world is one of accelerating advances is so dominant that it seems churlish to challenge it,” he writes. Then, he quickly points out in extended detail how “innovation” today is a poor relative to times past. He talks about the “Golden Quarter,” the years between 1945-1971:

Just about everything that defines the modern world either came about, or had its seeds sown, during this time. The Pill. Electronics. Computers and the birth of the internet. Nuclear power. Television. Antibiotics. Space travel. Civil rights.

There is more. Feminism. Teenagers. The Green Revolution in agriculture. Decolonisation. Popular music. Mass aviation. The birth of the gay rights movement. Cheap, reliable and safe automobiles. High-speed trains. We put a man on the Moon, sent a probe to Mars, beat smallpox and discovered the double-spiral key of life. The Golden Quarter was a unique period of less than a single human generation, a time when innovation appeared to be running on a mix of dragster fuel and dilithium crystals.

I can’t do justice to the force of Hanlon’s own words, but he’s basically saying that (as Ms. Shlain must also have meant) that when a new version of a cellular phone or computer software is announced, the producers may call it “innovative,” but it’s not. And that’s even more true for a new spin on dishwasher soap. 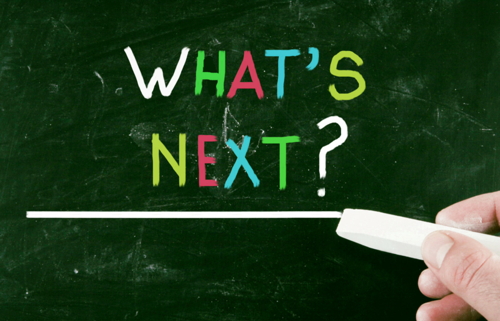 In the words of those of us working on nextsensing, new versions of old ideas do not equal innovative thinking. Here’s how I would suggest you think about innovation from now on.

In his article, Hanlon explores possible reasons why innovation has dried up across the planet. None of the reasons he puts forth seems to answer the question for him. He concludes with these words about the last few decades of “progress”:

But it could have been so much better. If the pace of change had continued, we could be living in a world where Alzheimer’s was treatable, where clean nuclear power had ended the threat of climate change, where the brilliance of genetics was used to bring the benefits of cheap and healthy food to the bottom billion, and where cancer really was on the back foot. Forget colonies on the Moon; if the Golden Quarter had become the Golden Century, the battery in your magic smartphone might even last more than a day.

There’s a lot of wisdom in his writing. Until the world’s leaders, on every level, start moving all of us beyond our myopic one-day, one-week, or one-quarter goals, maybe the word “innovation” will mean a whole lot more than it does right now.