Finished The Canvas, Now What? (Part 2) 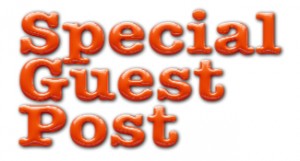 C. Todd Lombardo (@iamctodd) is an Innovation Architect for small business software provider Constant Contact [link]. He is also one of our NextSensors [link] and worked on the major NextBrief project that examined the future of television [link].

In the first of a two-part guest post on how to move ahead after your team has completed an Opportunity Canvas [link], C. Todd talked about the process he uses at Constant Contact to decide whether an opportunity foresense is worth pursuing. Here, he continues and expands on that theme. 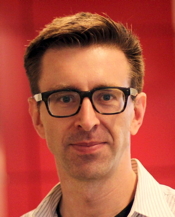 If you have begun your Design Sprint with Discovery Interviews — as presented in my prior post [link] — you are probably ready to make some big decision about how and when to proceed with your innovative ideas.

Before you get out your lab coats, the first things are to convert your hunches into testable hypotheses and to state what assumptions you’re making along with them.

So, what’s a hypothesis? According to my dictionary, a hypothesis is: (1) an interpretation of a practical situation or condition taken as the ground for action, (2) a tentative assumption made in order to draw out and test its logical or empirical consequences, or (3) the antecedent clause of a conditional statement. Of these, my favoured definition is the second one, an assumption made to test something, which is what we need to do in the case of our next steps.

Your assumptions must be testable, and pulling them apart to determine how you could test them is important. Remember: a hypothesis does not have to be correct, and you don’t want to take action on concepts derived from faulty analysis. Let’s consider an example.

Now, to translate the words above into real life: If we offer a convenient way for people to download and listen to music on a device, consumers will willingly pay for it.

If you haven’t already recognised this, it is a hypothesis for the creation of Apple’s iPod, which led to the iTunes store (perhaps an overused example, but one that makes the point succinctly). Besides, it is always fun to use examples that just about everyone can relate to. As famed designed Karl Lagerfeld noted, “The iPod completely changed the way people approach music.”

In order to form a hypothesis, you must start by collecting as many observations about something as you can. This is the first part of the canvas. But quickly, after collecting a number of observations, you need to evaluate them and look for possible causes for the problem or situation you’re examining. Put another way, you need to take observations and convert them into ever more refined insights — which is the point of the next sections on the canvas.

Going back to the iPod example, it is likely that a group of people used to listening to transistor radios and Sony Walkmans would have, prior to the advent of the iPod, probably made a fairly long list of observations tied to these (and perhaps many other) points:

The key thought is not to jump too fast from a list of observations right to the business plan for an untested opportunity foresense. The sooner you can replace observations with measurements, the sooner you can truly draw a profile of what, precisely, the true opportunity might be. Only then can you begin the assembly of a business plan that is worthy of the Design Sprint we have been discussing. 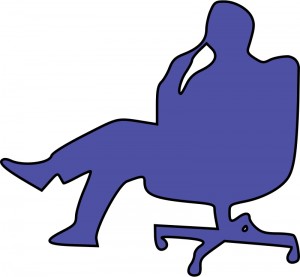 This is not to say that this process is about the standard return on investment (ROI) parameters usually found in business plans. The challenge of true innovation always involves a higher degree of imagination than, say, deciding whether to open another fast food restaurant in a busy commercial district.

Set yourself this objective: As you move from observations to organizing your thoughts to originating innovative ideas, you need to learn if your hypotheses derived from the process are accurate enough to move your business toward a new direction.

Sam Costello, on About.com [link], reports that Apple was not the first company to conceive a product like the iPod. Others, going back to the 1970s, played with the idea long before Apple launched the iPod in October 2001 (after a year of development).

In retrospect, it appears that what Apple did better than anyone else was to refine the core idea and come up with measureable ways their mp3 player would succeed when others didn’t. Or, as Costello puts it: “The iPod succeeded in part because it was the first product to really make the process of loading and listening to music elegant and enjoyable.”

My guess is that the Apple team working on the first iPod tested a long list of hypotheses before they finally designed the product that went to market.