In my last post, I reported on comments made in an interview by two senior Facebook leaders (one the Chief Operating Officer, the other a board member) regarding the company’s critical need to monetise its one-billion-member base. I noted that Facebook (at least, as reflected by its plunging stock price) could not be certain of future success. It would have to earn it.

Marc Andreessen, the board member, said that Facebook was committed to becoming, through mobile apps, a universal presence: “We’re going to a level of ubiquity we’ve never had before. These are going to be the control devices for all our other devices, like TVs. There’s also a new generation of wearable computing devices, like Jawbone and Google Glasses. The smartphone is the hub for those devices.” Sheryl Sandberg, the COO, was equally confident: “We want to make sure our plans are big, bold, and risk-taking enough that when they hit, they’re big enough to really make a big difference.” 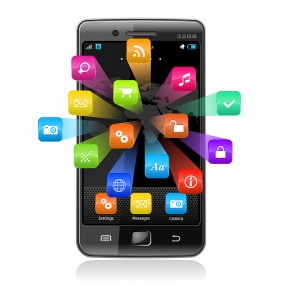 Great words. Yet, what encouraged me the most about this interchange with key Facebook players was Sandberg’s acknowledgement that the race for her company is not about being the first to bring some dazzling hardware or software to market. Sandberg concedes, “Google wasn’t first to search. We weren’t first to social.” So, what, asks interviewer Charlie Rose, “is the winning strategy?” Sandberg replies in three words: “execution and innovation”.

I have mentioned before that two critical dimensions of successful innovation are C-suite engagement and integration with the strategic agenda. For me the discussion of Sandberg and Andreessen demonstrate that both elements are alive and well at Facebook, and that suggests to me a promising future. They are deliberately trying to foresense the future of mobile advertising in a way that positions Facebook to benefit from the emerging future. One of the factors they are looking into is how mobile advertising has the potential to change the relationship with the customer, a non-trivial possibility to say the least. I am also encouraged to read that this sense of a needed direction for the company is not a top-down matter.

Ingrid Lunden just reported that “Facebook’s First Mobile Advertising Interface Was Built By An Intern”. She notes that “an intern by the name of Peter Cottle was responsible for Facebook’s first product that let people buy mobile ad space, via a mobile device” and says something that I have to agree with. “What stands out as pretty remarkable is that Facebook would give what seems like a pretty big project — mobile ads, after all, are one of Facebook’s big big bets for how it will be making money in the future — to a pretty junior person.” To me, the story strongly implies that a lot of people, at all levels of Facebook, are realising the company’s strategic need and leveraging their talent to fill that need.

Sandberg’s call for sufficient degrees of boldness and the search for “making a difference” is a telltale sign of their strategic intent, which makes it clear they are about more than just milking their current user base with incremental product-focussed innovations. They are, indeed, thinking beyond Facebook as we know it. It’s great leadership talk. Now we must watch closely to see if Facebook’s legions of members, its management and workforce, and investors will unite to make Facebook an irreversible Internet player.