Do you know what you’re doing?

Stop. Are you fully and totally conscious of what you are doing, feeling, sensing, thinking — right now? Mindfulness has been around for a long time, with the concept traced as far back as the Buddha. But sometimes old news is new again. Mindfulness is Kate Pickert’s cover story in TIME magazine this week [link]. It’s also a subject covered by The New Yorker in an article by Maria Konnikova [link].

Why the sudden attention to a very old concept, one that became immensely popular after the 1960s? Konnikova’s opening paragraph might help frame this for us.

In the mid-nineteen-seventies, the cognitive psychologist Ellen Langer noticed that elderly people who envisioned themselves as younger versions of themselves often began to feel, and even think, like they had actually become younger. Men with trouble walking quickly were playing touch football. Memories were improving and blood pressure was dropping. The mind, Langer realised, could have a strong effect on the body. That realisation led her to study the Buddhist principle of mindfulness, or awareness, which she characterises as “a heightened state of involvement and wakefulness”.

My sense is that there is a good reason for the current attention to this topic, and it has to do with how so many people live these days. There’s also an important nextsensing link.

With so many of us using iDevices large and small, we are (unless we turn them off) always in touch, always reaching out to someone else or having someone else tag us. It seems that everyone is more busy than ever. Yet, it’s easy to find reports that show that productivity is often declining and that, despite all the connectivity, our personal health (especially our sense of being productive) has been sagging. 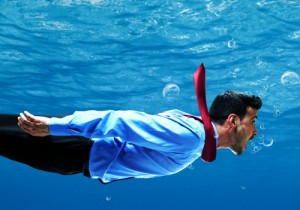 Thus mindfulness, today, is far more mainstream than esoteric. You don’t have to be a hippie to be into the subject. Sports figures and Silicon Valley entrepreneurs, as well as you and I, are being asked to consider stopping our pace of life and becoming more mindful — both at work and at home. Let me personally attest that, despite the 360º/24/7 connectivity that is my own life, I don’t necessarily feel that I am “winning” at doing what I most want to get done. As with many others, I acquired all these devices to get more traction on my life goals. Yet I attend far too many meetings in which people are in a room physically but are somehow connected to — or trying to connect to — other people in other places. Does that sound productive (let alone respectful) to you?

Mindfulness, the ability to focus on the here and now, is exactly what is needed to arrest the timeshifting powers of technology in our favour. Yes, it is great to take advantage of what technology empowers us to do, but not at the expense of what we are able to do as human beings! Our ability to observe our surroundings, recognise patterns as they emerge, and make sense of them is a uniquely human endeavour that technology can help. So far, technology seems to be mostly hindering by serving as an obtrusion to what is really happening in the here and now.

The core skills connected to nextsensing — observing, organising and originating — are all thinking-intensive actions that require more (not less) of your attention. Insights about possible productive opportunities (what I call foresense) come from a deep understanding of the here and now as the basis for formulating a hunch about what could come next. In that sense, the mindfulness movement might just be an important ally of the art and craft of thinking differently about the future, based on a deeper understanding of the present. If future-tense opportunities require a shift in priorities, then they should also require a corresponding shift in one’s mindset.

In other words, one major benefit of nextsensing inside a company is that it shuts out the organisational noise and lets leaders focus on tomorrow. Whether it’s your personal life or your firm’s strategic plan, what could be more valuable than a calmer, deeper grasp of things? I, for one, would be pleased to know that my future actions were based (at least in part) on this type of presence enabled by my own deeper introspection.

While it might seem like an oxymoron to use thoughts of the here and now to improve your thinking about the future, it seems to me that concluding a busy day with a mindfulness exercise in order to deepen your insights about your recent experiences would be a very good use of your time. Of all the items on your to-do list, perhaps this would be the best 30-40 minutes you could spend as a leader. This type of “here and now” devotion will help you to unearth observations, glean patterns, and sow the seeds of creativity necessary to make a real difference in your life and work. Likewise, keeping some kind of journal (which can be a collection of post-its, scribbles on a notepad or even voice recordings using your smartphone) of observations, thoughts and insights about your day could become input to a deeper mindfulness exercise. I am sure you can imagine the collective benefits of spending 30-40 minutes deeply exploring an issue important to you or your company (not to mention the benefits of your entire team doing the same) using mindfulness techniques.

The problem is that so few people do this. I thus issue this challenge: Beyond experimenting with your own behaviours, imagine what it would be like to create an organisational culture in which such activities were actually recognised as “good business”. If such a culture truly makes people happier and healthier (and mounting evidence suggests mindfulness will do exactly that), you should be able to expect a positive effect on both your top and bottom lines. Harvard has a great guide to get you started [link] as does Brown University [link], and I would suggest you also review my related thoughts on making time to think [link] and the value of downtime [link].

My sense is that a lot of us are working harder and longer without really knowing what we’re doing. I say “Stop!”