What’s next in the technology world?

Many would argue that the Consumer Electronics Show® (or CES) [link] is the place to go if you’d like a peek at the techno leaps that will surely transform just about every marketplace in the future. We don’t have the numbers for the Las Vegas show that just ended a week or so ago, but the official stats from 2015 were probably excelled. And that’s saying something!

Per the CES site: “The 2015 CES was a record breaking year. More than 170,000 attendees from across the globe gathered amongst 2.2 million net square feet of exhibit space. That’s why CES is the world’s gathering place for all who thrive on the business of consumer technology. No other event gives your company this depth of exposure and reach, because there’s no other event experience like CES.”

There are many online locations you can tap into for reports of what innovations caused the most buzz in 2016. I’d jump first to TechCrunch (@TechCrunch) and Anna Escher’s (@annaescher) excellent “10 Of The Coolest Gadgets We Saw At CES 2016” [link]. I think you’ll be amazed at some or all of the items on her list. A drone you can fly — with you inside it? Wraparound glasses and helmets that display critical information faster (and safer) than you can look at a smartphone — like traffic conditions for people on bicycles? A solar-powered cooking grill? But keep in mind that these are just a handful of all the devices at this year’s CES.

Escher’s report includes some interesting short videos to give you more of a feel for the event. I’d also recommend CNN Money’s video report [link], especially to see the high-definition screen that wraps up like a newspaper. The Guardian, too, has a great roll-up of the event [link].

Yet, for the best perspective I have found, go to John Falcone (@falconejp) excellent overview of the event on CNET’s site. Given my own passion for the world of automobiles, I was really taken by his assessment of the increasing fusion of the automotive and the technological worlds:

Every year we say CES is becoming more of a car show, and that trend was again in evidence in 2016. It’s clear that the entire automotive experience is undergoing a complete transformation from the wheels up. Self-driving and semi-autonomous vehicles are now table stakes for auto manufacturers. And while the dashboard of the near future may look increasingly like a giant iPad, concepts from BMW and Visteo go beyond tapping and swiping to no-touch voice and gesture controls.

And while gasoline prices are plunging to new lows, the move to electric vehicles appears to be unstoppable. Case in point is the long-awaited Chevy Bolt, which will bring a fully electric vehicle with a 200-mile-per-charge range to the masses at a price of under $30,000 (after US federal rebate). 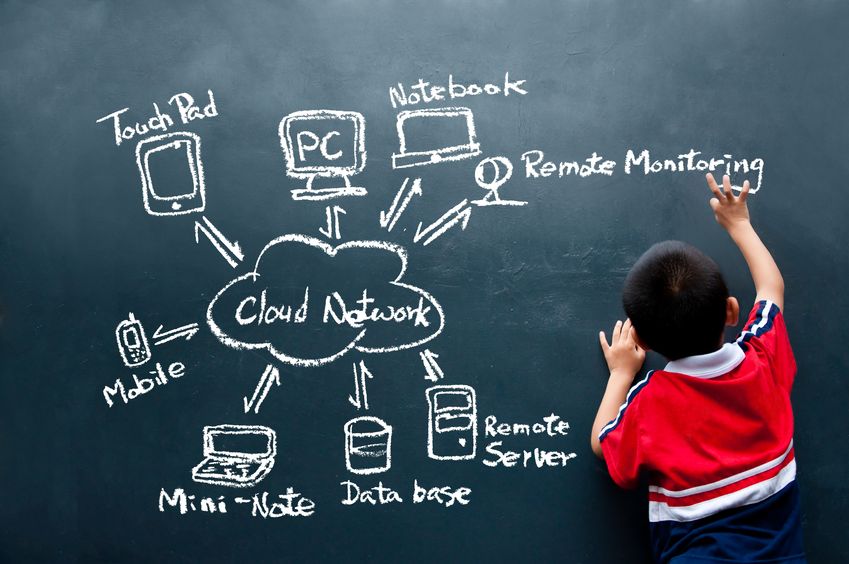 His headline really told the story for me: “CES 2016 didn’t change the world, but it showed how the world is changing” [link]. Really well-done report.

Beyond automobiles, I was impressed by how many of the commentaries and projections made on this website appear to have been on-target, based on CES 2016.

Some time ago, our team of nextsensors generated some insights on the future of television [link], in which they framed some prescient views on where that industry was going and how it might be transformed. CES is mostly a hardware show; nonetheless, the development of new iDevices reinforce the view that 21C television will be app-driven, portable, and viewer-managed (as opposed to network-managed).

And just as we said that the future of television would be (and is) driven by a multitude of players, so, too, one can see the same trend in the automotive, appliance, and many other fields.

In terms of technology, no one actor has “all that is needed” for success in the future. The consumer is front and centre today; the big muscular producers of the past that dictated what’s next are increasingly finding that their former customers are deciding what will create value in the future.

No matter, then, what company you personally would invest in as the best harbinger of the future of tech, my sense is that it’s a multi-player game. While there are some early front runners and some obvious default sources of insight and innovation, check out CES 2016 and you will discover that the playing field is both deep and wide. There is no guarantee those currently at the table will be the winners when the dust settles.

And that should excite, not terrify, you!

Here’s what I said recently in a post for Harvard [link]:

Management is a lens. It’s the best way yet invented to focus the organisation’s capital, human, and time resources toward the goals of the business. Many have observed that companies can have admirable goals; but, if poorly managed, success proves elusive.

In that article I profile the skill set that is required for leaders to look at the abundant, audacious, and perhaps sometimes overwhelming innovations at this year’s CES and immediately start looking for the patterns that could spell s-u-c-c-e-s-s for their companies. Focus on CES. It just might be the lens your company needs today.