The FT commentator Martin Wolf recently asked, “Is unlimited growth a thing of the past?” It is a provocative question given the current economic outlook. Factor in the longer term prospects for economic output at any level of analysis, from individual entrepreneurs to the collective global economy, and it’s not only provocative but immensely relevant. For example, have you checked the unemployment levels in both the US and Europe? “Eurostat, the European Union’s statistics agency, declared in a report on Monday that in August, 18.2 million people were out of work across the 17 countries that share the euro currency bloc; the highest unemployment numbers since the data series started in 1995.”

It would be easy for anyone to assert that the world has reached its limits on growth. Wolf´s arguments are informed by a paper published this summer by Robert J. Gordon of Northwestern University in the United States, in which he raises fundamental questions about the process of economic growth — and, in so doing, challenges the assumption, nearly universal since Solow’s seminal contributions of the 1950s, that economic growth is a continuous process without end. Others have examined the historic patterns of growth (the so-called “long-wave theorists”) and may have provided a slightly more upbeat argument that the capital markets ability to redirect investment will keep the wheels of growth churning forward. 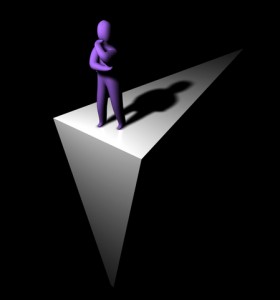 While Gordon is not optimistic that our revolutionary computer age has the the potential to generate endless economic growth from all things digital, he does have a point that other economic revolutions (going back to the 1750s) peaked and declined. Yet that does not mean — even if the computer age should sputter, economically — that growth is kaput. I’ve seen enough entrepreneurs face-to-face to believe that steady-state economists need to get out more.

Besides, can you imagine the politician, CEO or entrepreneur telling his or her constituents that growth as we know it has come to an end? Forget more job creation, dear citizens. Forget more dividend growth, my trusted shareholders. Forget any vacation this summer because our business is just not growing enough to support it, my dear employees and your families.

Nonetheless, it’s worth your time to read the goodbye-growth advocates. Their arguments do indeed sound like the death of capitalism as we know it; and, if it should happen, the results will be far more tangible (and thunderous) than the meltdown of Lehman Brothers or the bankruptcy of General Motors. As we struggle as a global community with the adverse effects of a constantly churning and growing economy, that alternative seems just a little bit scary. My problem is that I can’t quite come to advise anyone to “be afraid; be very afraid”. Can you?