Starting this year, people working at Daimler will not have to come back from vacations with an e-mailbox jammed with correspondence they missed during their days off. Nor is Daimler asking them to attend to these e-mails while they are away. Instead, e-mails addressed to away-employees will be auto-answered with the name of the on-duty employee who is covering their responsibilities.

This is part of a new initiative at Daimler, reported by Tanya Mohn in a recent issue of The New York Times. There’s a new logic at Daimler when it comes to work/life balance. According to Mohn: “No one is expected to be on call at all hours of the day and night, and ‘switching off’ after work is important, ‘even if you are on a business trip,’ said Sabrina Schrimpf, a Daimler spokeswoman, referring to the company’s recently released report, ‘Balanced! — Reconciling Employees’ Work and Private Lives.’” 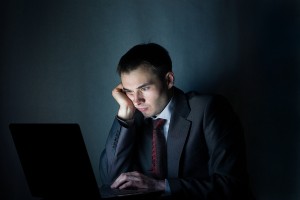 The problem of having to always be on-call when it comes to your job – evenings, overnight, holidays, weekends, vacations – is a familiar one to many, who now feel guilty if they miss even one call from the office. Mohn’s article includes some statistics from a 2012 survey done by the Pew Research Center. Of 2,254 people surveyed, some 44 per cent of those owning cellphones slept with it activated and next to their bed. Think that’s bad, try this additional stat: “67 percent had experienced ‘phantom rings’, checking their phone even when it was not ringing or vibrating.”

The NYT article reinforced for me my long-time perception that technology and global travel often disrupt work in unproductive ways. Sure, there will always be workaholics who, in spite of company policies to the contrary, will force themselves to be 24/7 slaves to their careers and to their companies.

Yet, this article and others like it are now noting that companies have awakened to the reality that employees who are always on may also be operating at far less than peak efficiency. Harvard Professor Leslie Perlow, who has written a book on this subject, is quoted in the NYT piece with a thought that you should perhaps write or type 100 times so you don’t forget it: “Being constantly on actually undermines productivity.”

And I would argue that employees who can partition themselves so that work is not 100 per cent of their existence are not only better rested, they are quite probably more able to think clearly, more acute in their critical judgement, more capable of constructive interpersonal relationships and more open to utilising their creativity.

Having seen dozens of managers in the middle of various levels of workplace duress, it is always apparent to me when an executive is too tired to think. Relentless work and overbearing stress have made them prey to far too many hasty and ill-conceived decisions. As leaders face more thinking-intensive problems, managing time, energy and priorities becomes even more important. Are there times when someone has to be totally focussed on his or her work? Sure. But those times should be the exception, not the rule. The rule should be that always on is not always smart!