A Revolution Is Underfoot

For Kenton Lee (@ShoeThatGrows), things started to look up when he started to focus down — at shoes.

As Teodora Zareva [link] explains in her great @BigThink article [link] on the movement (and non-profit business) that Kenton Lee started:

After graduating college from Northwest Nazarene University in 2007, Kenton lived and worked in Ecuador and Kenya for a while. One day he noticed a little girl from an orphanage, who was wearing shoes that were insanely too small for her feet. The orphanage director told Kenton that they receive donations from America, but since the kids continue growing, the shoes do not fit after six months. The only choices they have left are waiting for the next donation, or cutting out the fronts of the old shoes to wear them for as long as possible.

This is a problem that I know something about, as do most of us. When I was a kid, I usually got the hand-me-down shoes of my older brother simply because he outgrew them (as I did my own) before he wore them out. On one occasion, I got my hands on the “used” baseball shoes of a neighbour and wore them one entire summer despite the fact that they were at least 3 sizes too big. (I loved those shoes because they made me feel like a big league baseball player.) In my case, shoes were both a necessity and a source of inspiration.

For the people Lee is aiming to help, shoes are a basic necessity required for, first and foremost, basic health. Without shoes, it’s possible for young children to become infected from diseases transmitted from the soil. But, for many, wearing shoes is not even a possibility. As Zareva says in her post: “Three billion people around the world live on less than $2 a day; 600 million children live in extreme poverty and most of them don’t have enough sanitation, enough clean water, enough clothing, or enough shoes to protect them from the environment they live in.”

Surely, many before Lee would have seen children in many countries who never had or who outgrew their shoes. Kenton Lee did something about it. His observations became the spark for insights that he organised into patterns that, in turn, fed into original thinking that became a welcome revolution. Lee founded Because International [link] in 2009; and, if you go to their website, you will see that its mission remains today an enormously uplifting one:

Because International believes in PRACTICAL COMPASSION.

We want to listen to those living in extreme poverty to hear their thoughts, ideas, and dreams for how to make their daily lives better. And then we help turn those ideas into a reality. 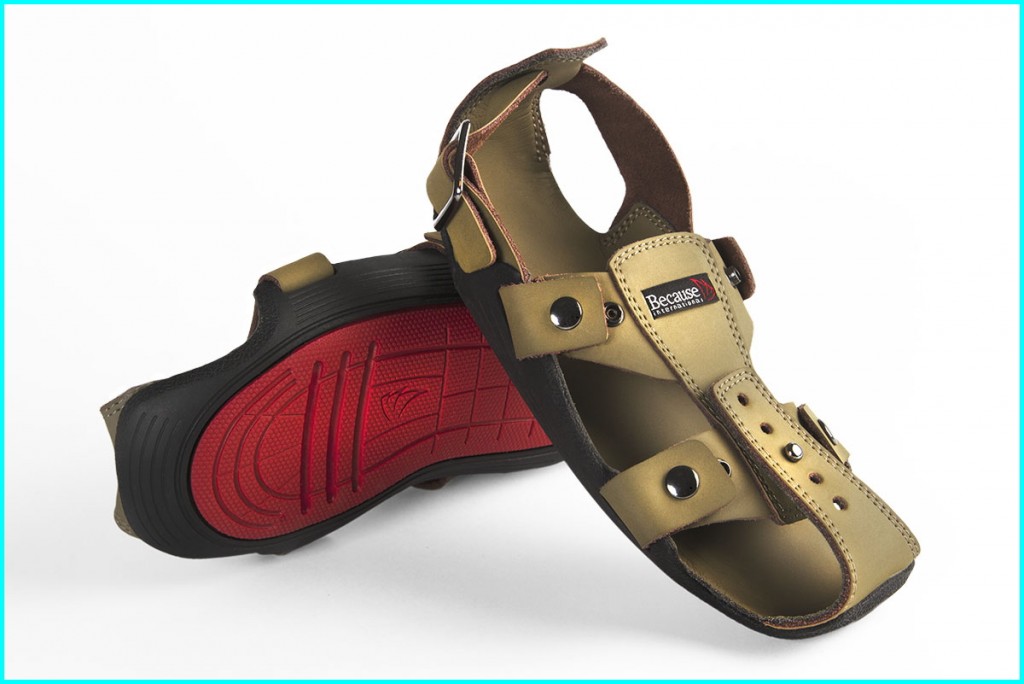 The Shoe That Grows [link] is the first project launched by Because International (@becauseintl), and it seems to be an unquestioned success. To confirm that, check our Julija Nėjė’s report on the Bored Panda site [link]:

“I knew nothing about shoes,” says Lee, there, “I was just a normal guy with an idea. We found a shoe development company called Proof of Concept in Portland, Oregon. They were the perfect partner to help design our shoes.” Lee also shared that “Right now our shoes are in Kenya, Ghana, Rwanda, Uganda, Nicaragua, Guatemala, Peru, Columbia, Vietnam, and Laos. The most shoes are in Kenya.”

Because International and Lee have gotten a great deal of press, and there are many reports of their work in the mainstream media. For example, you might also enjoy reading Li Zhou’s (@liszhou) report on Smithsonian.com [link], which indicates that Lee is considering a commercial version of the shoes, since so many parents in developed countries have expressed an interest in the concept as well as the high-quality shoe already being produced. (Smithsonian also has an animation that shows a pair of these shoes “growing”.)

One has to wonder what executives are now thinking in those large companies that have made “static” shoe sizes for decades. Brings to mind, doesn’t it, that great Albert Einstein quote: “We can’t solve problems by using the same kind of thinking we used when we created them.”

I cheer the work of Kenton Lee and his team. He appears to me to be a true nextsensing leader: someone who grasped a fundamental problem and — using imagination and creativity — assembled a team that started thinking in new ways. More than that, they aspired to achieve something that has never been done before, something that challenged the status quo, and something that would benefit future generations of people in untold ways.

On the organisation’s website, you can find ways to contact Lee directly, ways to donate to his cause — even ways to volunteer to help his team directly.

My dream is that our world will evolve to the point that rethinking such kinds of basic human problems will be something that is expected, and not something that is so exceptional. The more people engaged in thinking differently about the future, and the more human imagination we can unleash on such problems, the better off we all will be.