Want to become a real player?

Angry at yourself for wasting time playing Angry Birds too much? Maybe you’re not wasting all that time; maybe you’re just learning how to be more resilient.

Jane McGonigal invented the game SuperBetter, wrote a book titled Reality Is Broken: Why Games Make Us Better and How They Can Change the World (Penguin, 2011) and recently posted a great short read on “Building Resilience by Wasting Time”

Yet, using her own life as a benchmark, she also reports that when she was restricted to no strenuous work (even writing e-mails) for three months due to a brain injury, she ended the career hiatus wondering if, perhaps, such downtime might have some benefits. “Once I got better, I became curious about why some of the biggest wastes of time, such as looking at photos of baby animals or wandering around the neighbourhood, were the activities that had helped me the most. That’s when I started devouring scientific literature about resilience, which draws on neuroscience, medicine, and psychology.” 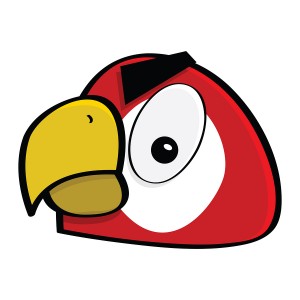 Her main conclusion was that snapping back from a setback involves the ability to manage yourself physically, mentally, emotionally and socially — and she details some of the ways you can do that in her article. What draws me to her thinking is that there are many ties here to nextsensing.

For starters, anyone who’s trying to move from a state of disruptive ambiguity had better be resilient for the journey is never a straight line or a short trip. It’s easy to become disillusioned when you have set for yourself and your team the task of finding a future path for your organisation. That’s why I concur with the suggestion that spending 30 minutes a day of thinking differently (about yourself, what you do and what your business might be going through) can pay dividends in both the medium (and the long) run. Finding your next is, at least in part, a function of your willingness to engage (play) and stay engaged (keep playing) even in the face of adversity. Nextsensing is, in part, redefining what it means to be productive — spending more of your time thinking differently (and in different ways) is paramount to discovering your next.

In sum, I’m an advocate for generative learning, a concept that I believe embraces the same four dimensions (physical, mental, emotional and social) as McGonigal’s resilience menu. As I see it, the two concepts are closely correlated and by no means mutually exclusive.

One more point, in her article, she also notes that 300 million minutes a day are spent playing Angry Birds. Got a problem with that? I don’t.