One of the great things about today’s Internet is how easy it is to collaborate with others. A few weeks ago, I appeared on the website of Deborah Mills-Scofield; this week, I spotted Deb’s thoughts appearing on Tanveer Naseer’s great website.

But it was Deb’s choice of subject matter that really attracted my attention: she chose to ask the question, “Are there leadership lessons we can learn from the new film version of Les Misérables?” This is a most timely choice of topics and not just because the film recently picked up three Oscars. Deb’s focus was on the film as “A Study In The Strangulation Of The Status Quo”. And, make no mistake, I have found that it is very hard for leaders wedded to the status quo to find their next. 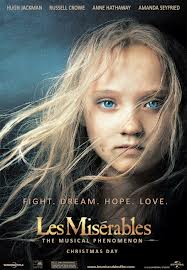 “Les Mis” (as many now call the story by Victor Hugo) has been dramatised in many ways. The stage production, TV and film versions have all brought Hugo’s 1862 novel to life in different ways. Not read the book or seen any version? Here is one good (and quick) summary.

In a nutshell (and the story is far, far more than this), it is about a lifelong struggle between a French policeman (Javert) and Valjean, a man who, once stole a loaf of bread — and served years in prison for doing so. After his release from prison, many things happen (including an attempted national revolution); yet, as Deb points out so well, the central theme is about the conflict between Valjean (representing grace, growth and freedom) and Javert (representing someone who is inextricably locked into the mental chains of an unyielding status quo).

Deb’s lesson will enrich anyone’s understanding of the film, and I’ll only repeat here this excerpt from her new post: “… the intellectual and emotional stranglehold of the status quo is killing our people, our organisations and us.” The lesson Deb draws from the film will undoubtedly fire up some great conversations with your friends and, especially, with any work associates.

As I see it, there are thousands of variations of Javerts working (and, often, leading) organisations today. Their respect for the status quo goes beyond reasonable. It too often dominates their mindset about what is possible for the enterprise going forward. Since that mindset is by and large unfavourable to the possibility of much-needed change, they hunker down, shut down, put down, tie down and stay down. They stop thinking and just do what they have always done, regardless of the dwindling results and demoralised culture. If you work with, or for, someone like that, you’ll understand the title for this post. A firm operated by a majority of people who think like Javert will prove to be “Les Bizerables”.

Nextsensing opposes such negative behaviour. Done right, nextsensing is about thinking in new ways. Victor Hugo was someone who fully understood the importance of new thinking. As Hugo once said, “The future has several names. For the weak, it is impossible; for the fainthearted, it is unknown; but for the valiant, it is ideal.”