In Brief, Next TV Will Replace Old TV Even Sooner

The world of the TV set is dying even faster than we thought when we published our NextBrief [link] last March. Check out a new video summation of where TV is heading here [link]. Without doubt, the rate of change in the TV world this year has been dizzying, as I’ll detail after a quick reprise of our NextBrief process and findings.

Nine of our NextSensors used the Opportunity Canvas [link] to capture their observations about the current state of television and their foresense of how the TV industry would evolve. Over three months, all the data from the canvases was collated, analysed, and pointed to five changes in television that we sensed was highly probable. We said that television content:

This does not do justice to the 12-page brief [link], but allow me nonetheless to report on just some of the events we have been tracking since the NextBrief was published that indicate that our findings appear to be well-validated. 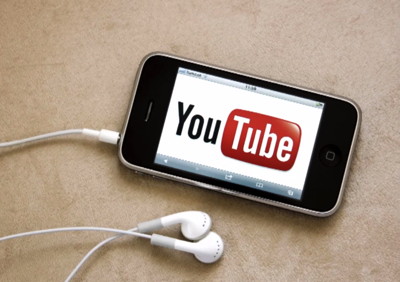 Apple CEO Tim Cook (@tim_cook) [link] said in an interview that the television world was “stuck in the ’70s” and that Apple was well-aware of the growing expectations of its customer base for Apple to revolutionise the industry. Reported Chris Welch in The Verge (@Verge): “On TV, Cook said it’s an area Apple continues to have ‘great interest in’ — a common refrain — and reiterated that from his company’s perspective, the entire industry has been left behind and lacked innovation for decades. ‘If we’re really honest, it’s stuck back in the 70s,’ he said. ‘It almost feels like you’re rewinding the clock and you’ve entered a time capsule and you’re going backwards.'”

Jacob Siegal (@JacobSiegal), however, reported that Apple doesn’t have the lead in the race for leadership in the world of 21C TV, at least in a hardware sense. In a post on BGR.com [link], Siegal says (citing a Wall Street Journal report): “According to the report, Google is currently developing a display which will be made up of smaller screens interconnected to form a seamless image. By simply snapping on or snapping off a few screens, the modular display could be customized to suit any given scenario, from classroom to conference room to living room.”

Kelsey McKinney (@mckinneykelsey) posted on Vox (@voxdotcom) [link] that HBO (@HBO) was not waiting for Apple, Google or anyone else in regard to making 21C a reality, soon: “HBO is about to change the way we watch their shows. At the Time Warner Inc. Investor Meeting Wednesday morning, Richard Plepler, the chairman and CEO of HBO, announced that the company will offer a stand-alone HBO streaming service in 2015. In short, that means that viewers won’t need a cable subscription to purchase access to HBO.”

Cynthia Littleton (@Variety_Cynthia) answered a key question in a Variety.com (@Variety) post [link]. The question? If 21C TV is happening sooner rather than later, is the traditional TV world quaking? Yes! Wrote Littleton: “Steve Burke is not an executive prone to exaggeration. If anything, the NBCUniversal CEO is known for his understated style in public settings. So when Burke made a blunt statement about ratings growth potential for the Peacock’s domestic cable channels during Comcast Corp.’s Oct. 23 earnings call, heads turned on Wall Street and in media biz circles.” The main reason for the head turning seems to be that people in the TV industry are starting to see that a successful advertising-based revenue model is less and less realistic — as reported in our NextBrief.

I could go on and on. Such as The New York Times story about Hollywood slowly accepting that its future lies in Silcon Valley [link], or Global Voices (@globalvoices) report that “Russia’s Largest Social Network Now More Popular Among Young People Than Any Website or TV Channel” [link], or the TechCrunch report [link] that “TV’s Disruption On Display As Netflix And Amazon Go Head-To-Head At Golden Globes”.

Perhaps it’s enough just to report that Adobe put forward this statistic in an October, 2014 post [link]: “Overall, online TV consumption has increased 388% YoY, driven by its flexibility in letting viewers watch shows however, whenever, and wherever they want.”

Perhaps the real lesson of what’s happening in the TV world is not the many shifts inherent in the move to 21C TV. The real lesson may be in how fast things can happen in any industry when the customer is moving faster than the companies that once profited from his or her support. Why should you care about What’s next? for your company? Simply put, that’s where your customers are headed.