Developing Talent Is Part Of Finding Next

Last September, I asked my readers to think about the perils of trying to copy someone else’s success. Specifically, I mentioned a great article, “The perils of best practice: Should you emulate Apple?”, by Marla M. Capozzi, Ari Kellen, and Sven Smit. Their message was that too many companies (they studied 750) appeared to be trying to imitate what other successful firms were doing (or acquire them) rather than growing their own enterprise. This excerpt will give you the flavour of the article and my post:

But I gasped when I saw that there was just 0.1 per cent average annual organic growth. Is that acceptable performance for a CEO? Worse still, only 28 per cent of the 750 companies studied were able to demonstrate any organic growth at all. Does this mean that the CEOs of the remaining 72 per cent simply focussed on acquiring their way forward? Sounds like a great business model for investment bankers and consultants, but perhaps less so for shareholders and consumers who benefit the most from the meaningful product and service innovations at the heart of organic growth. 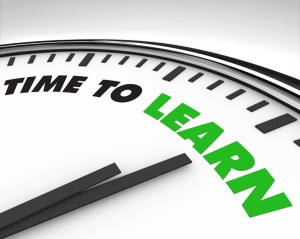 I thought of that earlier post when seeing a recent SmartBlog on Leadership: “Memo to the CEO: 5 myths that are killing your talent development” written by Wendy Axelrod and Jeannie Coyle. The two writers summarise how CEOs are discounting their internal ability to grow their companies to the next level by not developing talent. What are the five myths they mention?

1. Development is for top talent.

3. Development belongs to HR, not managers.

5. New knowledge is the same as learning.

All their points merit your attention, but I would like to cite their fifth myth in full:

Now more than ever, learning isn’t real until you actually do something with the knowledge. You’ve got to apply it to work linked to business goals. Development, as a result, is most meaningful when it occurs every day, on the job, with managers skillfully in the lead. In this way, the work itself becomes an invaluable development tool. None of the learning is squandered (as it is in training off the job) and, better yet, the development directly supports the business.

They’re absolutely right about this. Too many CEOs fail to see that growing talent and growing one’s business can be simultaneous endeavours. As individuals are encouraged to find their own career next, it is a powerful analogue to encourage people to join in any efforts aimed at finding their company’s next.

I have seen many a CEO fret about the health (even the existence) of their company “tomorrow”. One of the most effective ways to alleviate distress about this subject is to start developing the talent inside the company today.